I consider myself an extremely unlucky person (I’m Welsh for starters), but in one aspect of my life I’ve been very lucky: sleep. I sleep like a baby, and have done ever since I was, well, a baby. So many people suffer from some sort of sleep disorder (from sleep apnea, snoring, restless leg syndrome, sleepwalking, bruxism, circadian rhythm disorder, bedwetting, narcolepsy, catoplexy and sedative addiction through to good old insomnia), and the suffering can be severe and cause many harmful ramifications. All I can do to assist is to stand in opposition to the thrusting, 24-hour, busy-bee hyperactivity urged by the economic system, and also try to pass on my enthusiasm for sleep as a worthwhile and pleasurable act in itself.

For me, sleep is life’s supreme entertainment and gratification, the abiding consolation nobody else can influence, the ace I’ve always got up my sleeve. Darkness, heat, horizontality, blessed respite from the in-yer-face realities concocted by the State we’re in, time travel, space travel, incredible journeys, astonishing connections, miraculous expeditions to the staggering pinnacles of the mountains of your mind, guaranteed thrills, delightful spills – and it’s all for free! What’s not to like? I sleep a minimum of 10 hours in every 24, and take plenty more whenever circumstances allow. I can sleep anywhere, anytime. I’ve slept on the deck of a storm-tossed ship on the Celtic sea when everyone else was heaving over the guardrail, I’ve slept while a house was being rewired around me, I’ve slept through an entire performance by full orchestra and chorus of Verdi’s Requiem, I’ve slept at the bottom of a hedgerow in pouring rain, I’ve slept on bags of cement on building sites, I’ve slept in ditches, I’ve slept on concrete floors, and if I ever come across one I intend one day to sleep on a bed of nails like a Varanasi fakir. I said fakir! 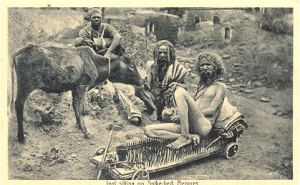 Do kids still read Rip Van Winkle these days? They should, because the 1819 short story by New Yorker Washington Irvine (1783-1859) is a marvellous paean to sleep as the ultimate all-purpose problem-solver – and, by extension, a still radical manifesto for idleness and inactivity in general. Irving’s breakthrough work, which led to him becoming America’s first ever best-selling author, was rooted in classic sleep folklore from many cultures. Wales has its own sleeping legends. King Arthur (c470-c520) and his warriors are slumbering in a secret cave under Craig-y-Ddinas, Owain Lawgoch (c1330-1378) and his men are asleep in a Mynydd Mawr cavern, Owain Glyndŵr (c1350-c1415) and his army are crashed out in the underground labyrinths of Mynydd y Berwyn: all have sensibly decided that sleep is preferable to experiencing the Anglo-Saxon yoke. They’ll come to our rescue just as soon as we make the alarm call. In Van Winkle’s case, his nap spared him from his nagging wife, his ne’er-do-well son and the American War of Independence. It worked too: GB lost! 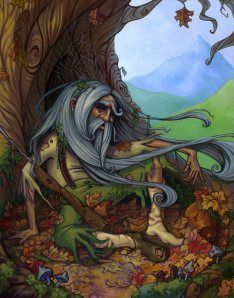 It’s not about “early to bed and early to rise makes a man healthy, wealthy and wise,” the joyless Protestant work ethic nostrum of American founding father Benjamin Franklin (1706-1790), to which humourist James Thurber (1894-1961) wittily retaliated nearly 200 years later, “early to rise and early to bed makes a man healthy, wealthy and dead.” For a start, sleep is the antithesis of any proscriptive rule-book or formula. Secondly, the conflation of sleep with bed is wholly erroneous, neither of the two being, necessarily, a condition of the other. And third, the time of day is quite irrelevant. Although that isn’t to say one should turn day into night and vice-versa: only clinical depressives, teenagers and members of the House of Lords do that.

The Bardd of Afon had plenty to say about sleep. Like this famous soliloquy from Henry IV Part II:

HENRY:
How many thousands of my poorest subjects
Are at this hour asleep! O sleep, O gentle sleep,
Nature’s soft nurse, how have I frightened thee,
That thou no more will weigh my eyelids down,
And steep my senses in forgetfulness?
Why rather, sleep, liest thou in smoky cribs,
Upon uneasy pallets stretching thee,
And hush’d with buzzing night-flies to thy slumber,
Than in the perfum’d chambers of the great,
Under the canopies of costly state,
And lull’d with sound of sweetest melody?
O thou dull god, why liest thou with the vile
In loathsome beds, and leav’st the kingly couch
A watch-case or a common ‘larum-bell?
Wilt thou upon the high and giddy mast
Seal up the ship-boy’s eyes, and rock his brains
In cradle of the rude imperious surge,
And in the visitation of the winds,
Who take the ruffian billows by the top,
Curling their monstrous heads, and hanging them
With deafing clamour in the slippery clouds,
That with the hurly death itself awakes?
Canst thou, O partial sleep, give thy repose
To the wet sea-boy in an hour so rude;
And in the calmest and most stillest night,
With all appliances and means to boot,
Deny it to a king? Then, happy low, lie down!
Uneasy lies the head that wears a crown.

Indeed, worry notoriously keeps people awake. And so does fear of the unknown and a reluctance to embrace the metaphysical and surrender to sleep’s intrinsic no-thing-ness. This often starts as a youthful unwillingness to ‘miss out’ on the excitements of being awake for the sake of the presumed dullness of sleep, and then becomes ossified over time into a sense that sleep is somehow an inferior waste of time to be avoided and resisted whenever possible. Perhaps this is pre-wired by ancestral memory of the dangers of helpless shut-eye when the wolf pack picks up the scent of human meat wafting through the forests of the night. Or perhaps it’s just fear of death, internalised after paying too much respect to the still-prevailing cultural conventions that treat sleep like a mini-death and death like a super-sleep. “Put to sleep” is the arch euphemism trotted out when Fido is euthanised, “Not dead, sleeping” is engraved on many a toppled headstone and, of course, the very founding plank of Christianity is the equating of sleep and death. Our conditioning runs deep; and here we have a reason why someone like me sleeps so readily. I slipped through the net and am free of all such silly indoctrinations.

Then I woke up. It had all been a dream.